0
RECOMMEND PRO
Thank You for Your Recommendation!
Not rated yet
Write Review 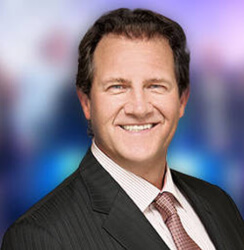 While Craig Proctor’s success in real estate deservedly earned him worldwide attention, what’s even more impressive than the number of homes he sold in his 20+ year career is the fact that over 30,000 agents worldwide are now using his systems to attain success in their own careers. At the age of 25, Proctor was making $14,000 a year with absolutely no real estate or business background. A year later, he’d closed 55 residential transactions, and two years after that — still under the age of 30 — he was named the #1 RE/MAX® agent worldwide by closing more than 200 properties. In fact, Proctor went on to become the #1 RE/MAX® agent in the world a second time. He was the youngest RE/MAX agent ever to be number one worldwide for the company and has subsequently won every possible RE/MAX® Award, including the On the Shoulders of Giants Award. For 15 years straight Proctor consistently sold over 500 homes a year for annual GCI of almost $4 Million, and his success has been profiled on national television.