0
RECOMMEND PRO
Thank you for your recommendation!
Not rated yet
Write Review 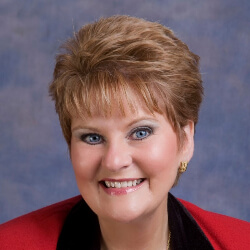 After graduating with honors from the University of Cincinnati with a BA degree in Psychology, Kerry Seitel began her real estate career in 1982 with the Cincinnati Division of Ryland Homes. Kerry worked for Ryland Homes until 1999.

In the early 1990's Kerry became the Sales and Marketing Coordinator for the Midwest Region of Ryland Homes and was responsible for marketing in Cincinnati, Dayton, Northern Kentucky, Columbus, and Chicago regions.

In 1999, Kerry joined Robert C. Rhein Interests as their Marketing Director for Four Bridges in Liberty Township, Ohio and Heritage Club in Mason, Ohio, both luxury golf course communities. Kerry was responsible for marketing lifestyle resort-style living for the developer, along with 12+ custom and production builders.

In 2001, Kerry began marketing and selling luxury homes for Meyer Builders/Douglas Homes. Kerry's main focus was branding the builder as a luxury home builder in the market place. In 2007, Kerry helped launch a new 400 planned unit community called Fort Scott for Meyer Builders on the west side of Cincinnati, Ohio. Kerry was responsible for the communities' comprehensive marketing efforts.

In 2011, Kerry joined Comey & Shepherd Realtors in order to expand and utilize her expertise in the real estate industry to the resale and remodeling markets in the Cincinnati and Dayton areas.