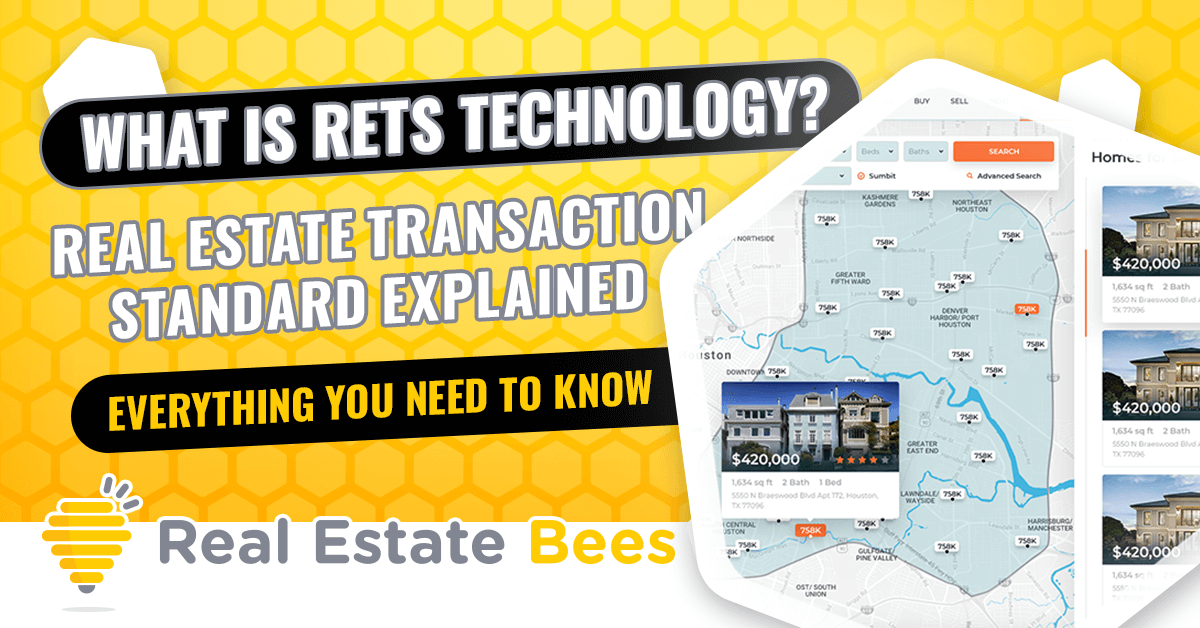 RETS (Real Estate Transaction Standard) was created to help consolidate the content and structure of property listings for real estate professionals wanting to share and distribute MLS data and to overcome shortfalls of the old, FTP method of transferring real estate listings over the Internet.

RETS was instituted in 1999 by the National Association of Realtors (NAR) and is now used in Canada and the United States to process the exchange of MLS data. The goal of RETS is to have all computers that exchange real estate information speak the same language and be able to receive information from various MLSs without being specifically “trained” to accept and understand the information.

This common language allows computers with software, that communicates by using the RETS framework, to download and commingle MLS data.

RETS is based on XML (a metalanguage that allows users to define their own customized markup languages, especially in order to display documents on the Internet), and it works by letting IDX software query an MLS database, import listings and run updates.

With this system, participating real estate companies can capture the entire MLS database on their own servers and synchronize differences in data by regular updates.

Similarly, without RETS, each MLS would continue to have a different data structure for property listings. This would result in the real estate industry remaining fragmented and burdensome for developers, brokers and agents. However, with RETS, the entire North American real estate industry can be on the same page in terms of IDX and can, thus, run more smoothly and efficiently.

Instead of using different devices with different software platforms, real estate agents can use the same desktop computer or mobile device with any MLS that has adopted RETS. This means software developers and providers of IDX services only have to write programs and develop tools that speak one language.

RETS was created from the ground up specifically for the real estate industry and isn’t generally used outside North America. The RETS protocol has been the standard for real estate data transfers for almost two decades and has lived up to its original goal by conforming real estate data structures and transfers to relative uniformity across America.

A real benefit of the RETS protocol is that it has brought a substantial amount of standardization to real estate data exchange. Because of RETS, electronic property listings everywhere essentially contain the same information about a given property.

For example, a property listing on Realtor.com will usually contain the same photos and property details as listings for the same property on Trulia or Zillow. Furthermore, RETS has greatly reduced the amount of coding necessary to connect to an MLS server and, thus, has sparked the creation of an entire IDX industry.

RETS has greatly benefited the real estate industry. With RETS, agencies have an exclusive, personal feed of data that actually resides on their local websites, instead of just being projected onto an inline frame from an MLS server like it’s done with the IDX Framing technology.

The RETS feed can be customized by each agency when it comes to importing desired data and filtering out unwanted or irrelevant data. Further benefits of RETS include greater refresh speed while updating listings as well as more accurate data.

Popular IDX providers often try to convince real estate professionals that one of the most important benefits of their IDX solutions (that mainly uses RETS technology) is that it helps real estate websites to have property listings indexed by search engines, which is necessary for showing them in search results.

However, the sole indexation of property listings data on its own will not improve ranking in search engines, since many other real estate sites host the same exact data, taken from the same MLS database. In SEO it’s called “duplicate content”, and it’s better to avoid it.

Here is the caveat that majority of IDX vendors omit to tell you: Unless your property listing pages contain a significant amount of additional (supplemental) content that’s unique and relevant to each property page, RETS will not give you any extra advantage as far as search engine visibility is concerned! In fact, it may even hurt your website based on well-known duplicate content policy enforced by major search engines.

Another downfall of the RETS system, however, is that field names of underlying datasets still vary broadly from market to market. This variance has contributed to the emergence of a more dynamic technology known as RESO Web API, a topic for a subsequent article.