Capitalize on the Returning Opportunity (Last Seen During the 2008 Great Recession) to Secure Your Real Estate Business in the Upcoming Economic Downturn!
LEARN ABOUT THIS OPPORTUNITY NOW 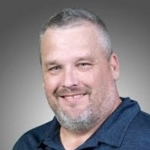 Now is the time to equip yourself with a recession-proof, business-generating model to take advantage of the emerging opportunity that has been skillfully exploited by a handful of educated realtors during the great recession of 2008!
— Dohn Thorton, Expert Short Sale Negotiator

According to the survey of 226 members of the National Association for Business Economics (NABE), the United States will tip into recession by 2021. This is predicted to be the worst recession in generations since the Great Depression! In the near future, the only way to make consistent money in real estate during this new economic reality is to adapt to what is coming – a FLOOD OF SHORT SALES. Those of you who were in the business during the 2006-2011, remember this well.

This is the time to capitalize on the returning opportunity of the massive influx of short sales on the market last seen during the 2008 Great Recession. Not often there is a chance to tap into the same, and even greater, opportunity during your lifetime. Now is the time to equip yourself with a recession-proof, business-generating model to take advantage of the emerging opportunity that has been skillfully exploited by a handful of educated realtors during the great recession of 2008!

The good news is that by outsourcing all the negotiations to us (through our Short Sale Partner Program) will allow you to avoid all the listed above obstacles leaving you with only the fun part – COLLECTING YOUR FULL COMMISSION AFTER THE CLOSING!

5 Reasons Why You Should Get Into the Short Sales Today
Why Join Our Short Sale Partner Program?
When you officially join our partner program, you will get the following benefits:
Extra Bonus
In addition to all the benefits listed above, you will receive an invaluable bonus that will teach you step-by-step how to find distressed sellers who owe more than their property is worth and who need a short sale service. These are the actual strategies we’ve been using since 2003 to consistently have 90+ short sale transactions in our pipeline at any given time. This bonus training includes the following:
Who Qualifies to Join Our Short Sale Partner Program?
There are only two requirements you need to meet to be eligible to join our program:
Frequently Asked Questions
Why would anyone process my short sale transactions for me for free?

All the support and negotiation services are provided to partner agents at no cost by a real estate investment company that acquires short sale homes for investment purposes. In exchange, the investors need partner realtors to help them bring qualified short sale deals as well as fulfill other ordinary duties every listing agent is responsible for in any traditional real estate transaction.

How can I be sure my deposit will be refunded after I close my first short sale?

You will sign an agreement that stipulates that the deposit will be refunded at the closing of the first short sale negotiated for you.

How much does this Short Sale Partner Program cost?

We require a one-time, REFUNDABLE deposit of $495. When you close your first short sale through our Partner Program, you will get the full amount back. The deposit is required to make sure that you have serious intentions to go through with the program. The program is 100% risk free for those who are committed to follow it because you’ll get all your initial investment back as soon as you close your first short sale through the program. If you are not willing to make this refundable investment to prove your commitment, this program is not for you and we suggest you to find another program.

Who does NOT qualify for this program?

Realtors who fall under one or more of the listed below items don’t qualify for our program:

What is included in this Short Sale Partner Program?

Our short sale partner program includes all that is necessary to make an average real estate agent an expert in short sale transactions:

What assistance will I get throughout my short sale transactions?

For each of your clients, you will get a substantial amount of short sale processing assistance done for you at no cost:

What U.S. states can you process short sales in?

We can process short sales from all the 50 U.S. states as well as Washington D.C.. As long as you operate in any of these locations (except for Florida), we can work together.